IRCS declared increasing the number of displaced families from Nynwa , Salah aldin , and Kirkuk to more than 104 family . the assistant secretary general ,Mohamed al –Kuza’e commented on this by saying :” that IRCS teams registered displaced of more than 104 family from different areas of Nynwa , Salah aldin , Kirkuk   , and Diyala to number of northern ,   southern, and middle provinces . adding ” that the displace of families increasing but this time not only from Nynwa only but also from Salah aldin , Kirkuk   , and Diyala who displace toward southern and middle provinces . 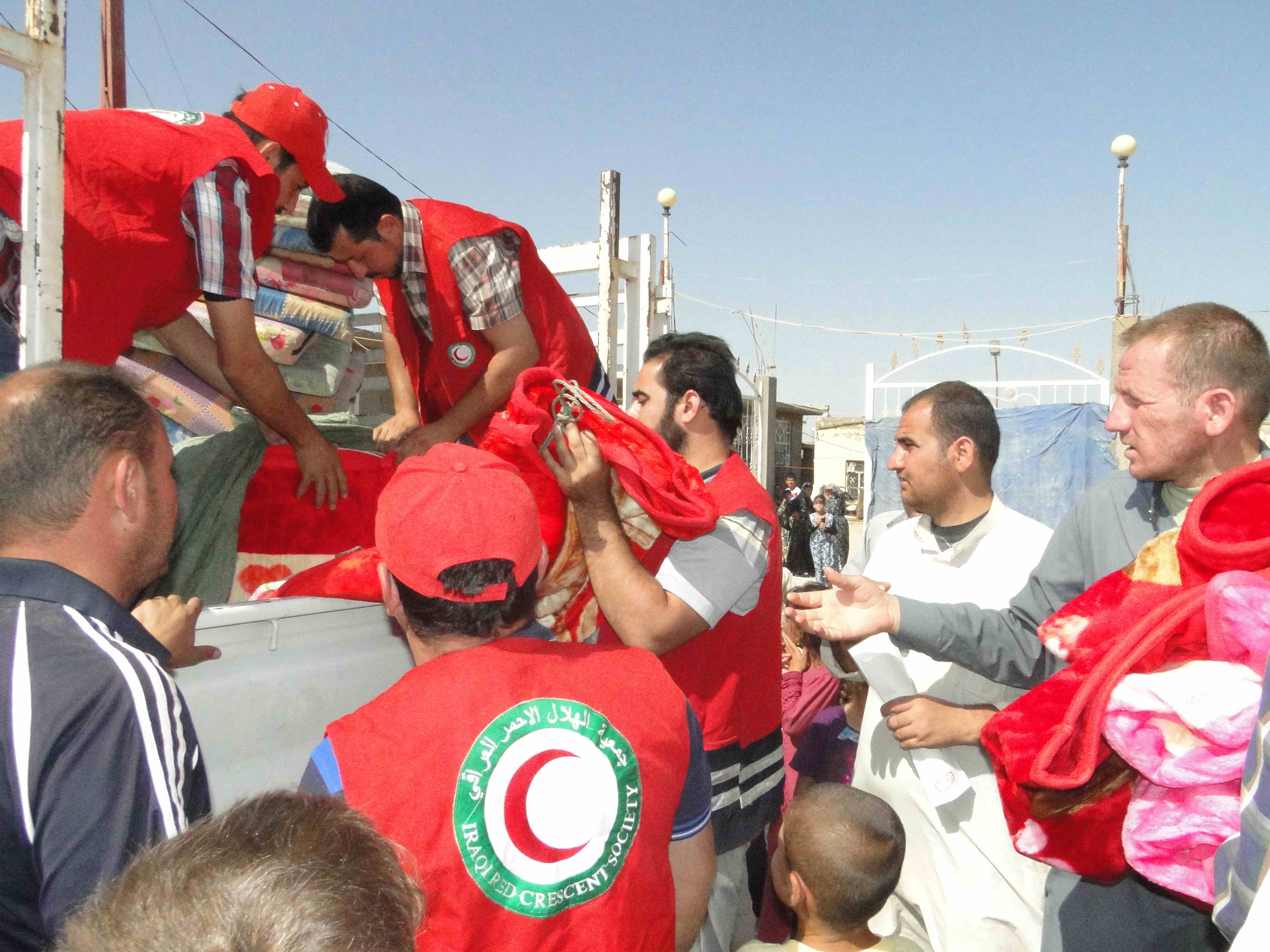 Al-Kuza’e clarifying ; ” that IRCS has distributed more than 35 food and relief parcel as well as more than 800 thousand hot food meal and milk for children , assuring ” that IRCS relief more than 269 displace people till now . it must be mentioned that IRCS teams continued in presenting food and humanitarian assistance . from other part Al-Kuza’e express his worry as a result of increasing the number of displaced people to different areas of country and this warn of humanitarian disaster so all the international , humanitarian , regional efforts must be cooperate to help these displaced families .

A new group of Iraqi journalists, athletes and artists participate in Iraqi Red Crescent relief to the displaced from Mosul.

A new group of Iraqi journalists, athletes and artists participate in Iraqi Red Crescent relief to the displaced from Mosul.