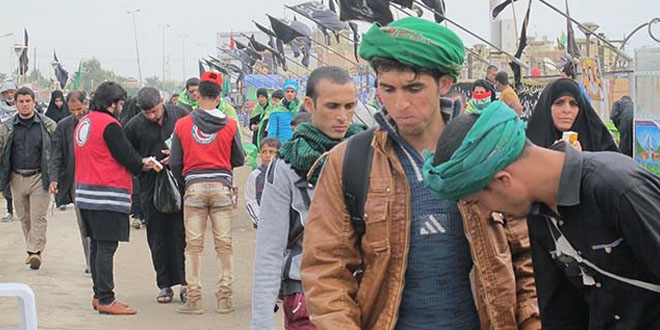 Iraqi Red Crescent Society setup 28 detachment in wasit , four detachments roaming to presenting medical – services and health instructions to the visitors walking to Karbala. The branch staff of IRCS in Wasit erected many of detachments distributing on entrances and exits of the governorate between ( Wasit – Thi qar), and three first aids detachments to the visitors coming from Basra and Thi qar governorates. On the way of Missan and Wasit was set up three first aids detachments to Missan visitors , as well as have been erected four detachments on the road of Al-Nuamania- Shomaly and 9 detachments from Al-mamlaha road to Al- Hellah advertisement boarder , at the same time five detachments have been set up in Al-Azizya and Al-Swerah with four roaming detachments. The number of participants in these detachments reached to more than 250 Volunteers and Staff of IRCS.

IRCS presenting humanitarian and medical assistance to more than ( 10.000 ) visitors whom perform the ceremonies of arba’eniya ( the forty day of imam Al- Hussein death ) in Thiqar