IRCS presenting humanitarian and medical assistance to more than ( 10.000 ) visitors whom perform the ceremonies of arba’eniya ( the forty day of imam Al- Hussein death ) in Thiqar 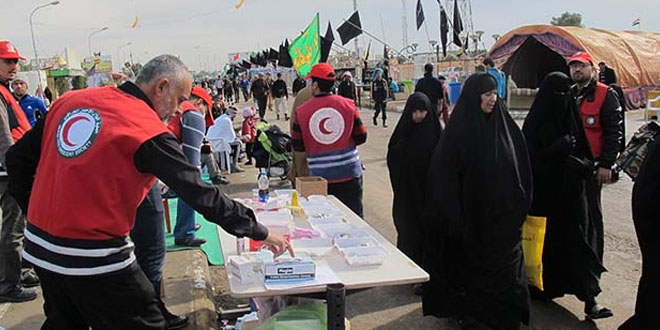 IRCS declares presenting humanitarian and medical services to more than( 10.000 ) visitors whom perform the ceremonies of arba’eniya ( the fortieth day of imam Al- Hussein death ) in Thiqar, where the IRCS / Thiqar branch erected five medical detachments distributed in Al-Jebaysh district to receive the visitors from Basra , Missan , Suq Al-Shyookh district , and the sub districts of Al-Afhwd , Kirmat beni Sa’eed , and Al-Jobeer village . Another medical detachment has been erected in Al-Nasiriya city centre to receive also the coming visitors from Al-Dawiya , Al-Naser sub districts and it considered complementary to Al-Refae detachment . 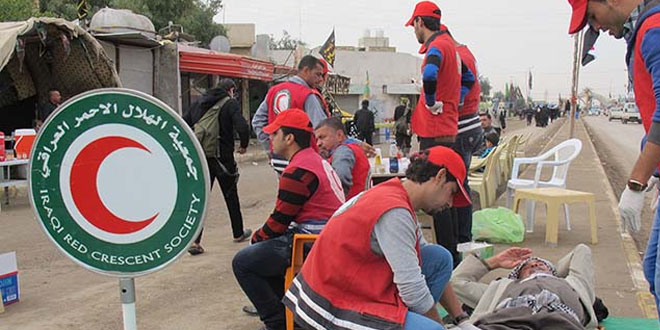 Thiqar branch also spreads a first aid portable teams to present services to visitors in emergency cases . ( the number of participated in these detachment more than ( 150 ) employee and volunteer and the work continued until the end of the visit ) .