IRCS has declared observing vaccination campaigns against polio which implemented by Karbala Health directorate in a number of areas of the province, especially for the children of displaced families. Assistant Secretary General of IRCS , Mohammad Khuza’e commented on that by saying : ‘’ IRCS teams in Karbala form three groups of staff and volunteers to follow up vaccination polio campaigns which carried out by the Health directorate in the province after making a survey of the areas that are not reached by the vaccination campaigns, especially the children of displaced families. Adding : ‘’ IRCS teams have made field survey on neighborhoods and areas in the city center ‘’ and clarifying :’’ that IRCS teams in cooperation with the Health directorate in the province have vaccinated more than 8800 children of displaced families as well as vaccinating more than 6200 child from families of visitors to the holy shrines in the province. Clarifying :’’ that daily survey operations lasted for six days in coordination with the World Health Organization and Health directorate of Karbala . 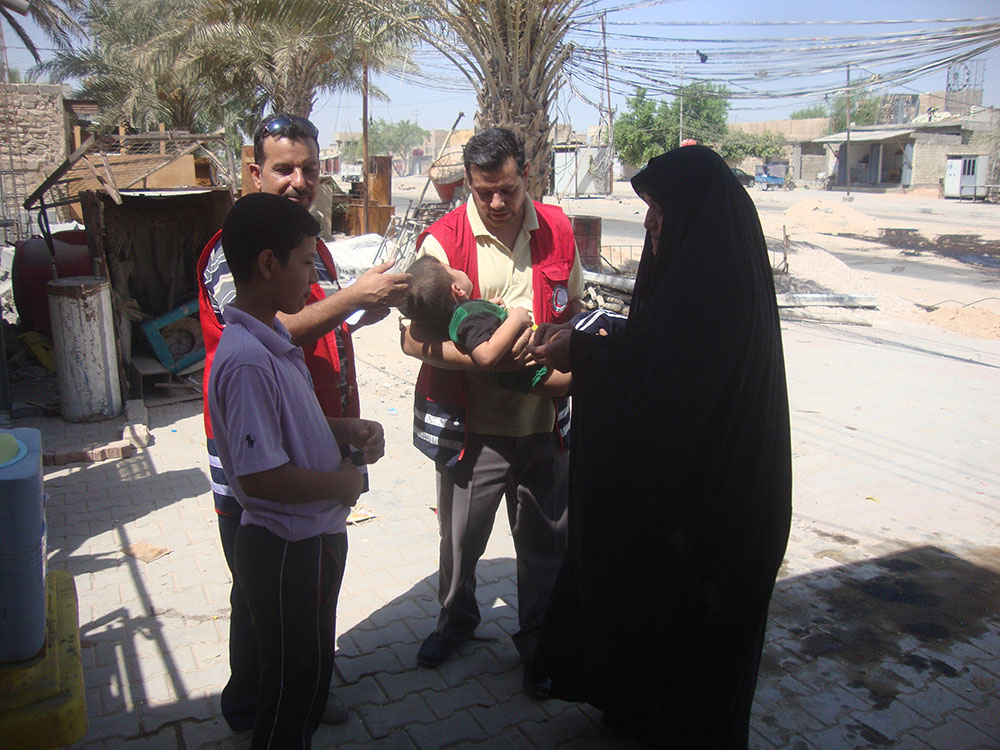