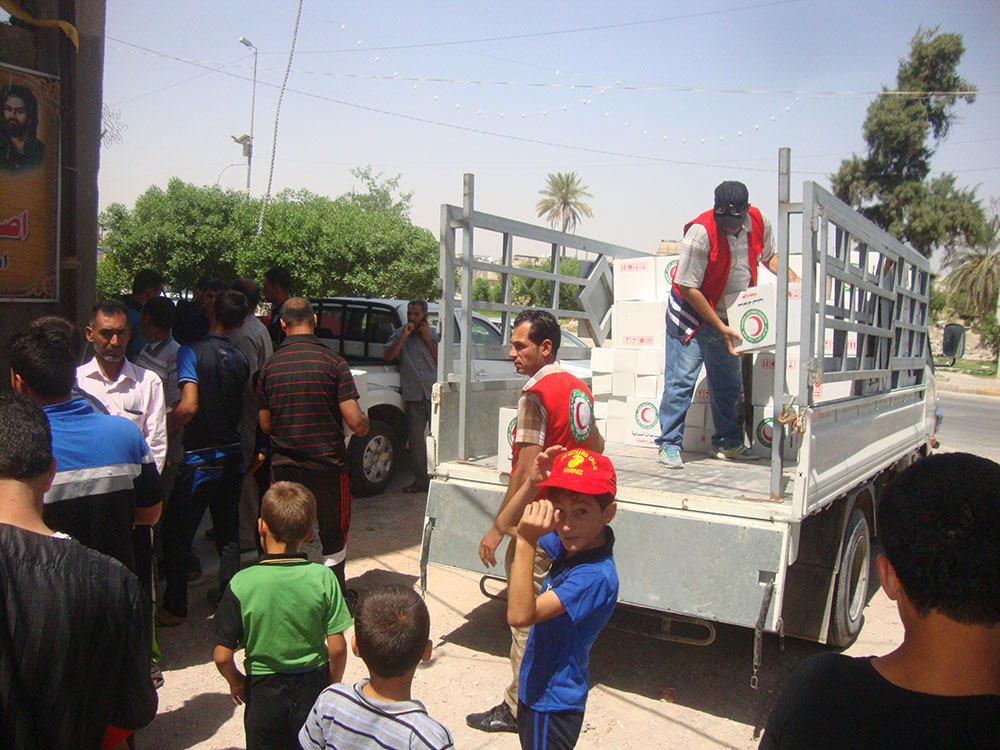 Alkhozaialso added “ Iraqi RC distributed more than (45) thousand food parcel, more than 100 thousand hot meals, as well as more than 27 000 food parcel to aid more than 367 thousand displaced peopletill now”
In addition towhat has beenmentioned in theabove“teams from Iraqi RCdistributed milk, diapers and some special needs to the those families, adding to provide a medical services and first aid as well as organizing somepsychological workshops to support those families and the children through organizingsome galleries and plays to raise, even a little,the suffering of the displaced people”.
Meanwhile, other teams of Iraqi RC continuous to distribute food and relief to the displaced families from different provinces of Iraq .