The Iraqi Red Crescent Society distributes more than 7,000 food parcel to the displaced families to the central and southern governorates coming from Nineveh, Salahuddin, Diyala and Kirkuk.
As a team from Karbala branch-Iraqi RC distributes more than 5,000 food parcel for those families, as well as providing them with a hot meals, as the distribution process took place with the participation of a number of volunteers, under the supervision of a committee from Iraqi RC branch, adding to organize a lectures about psychosocial support for displaced children and women who had a psychological problems due to their suffering from the displacement.
The number of the families whom covered by the distribution of Iraqi RC reaches (5167) displaced families from Mosul, Anbar, Diyala, Salahuddin, Karbala, Najaf, Karbala and Baghdad. While the number of the families whom displaced to Karbala were approximately about (6000) families from Mosul, Anbar, Diyala and Salahuddin. In the time that the distribution operations are still ongoing on to include of all the displaced families. 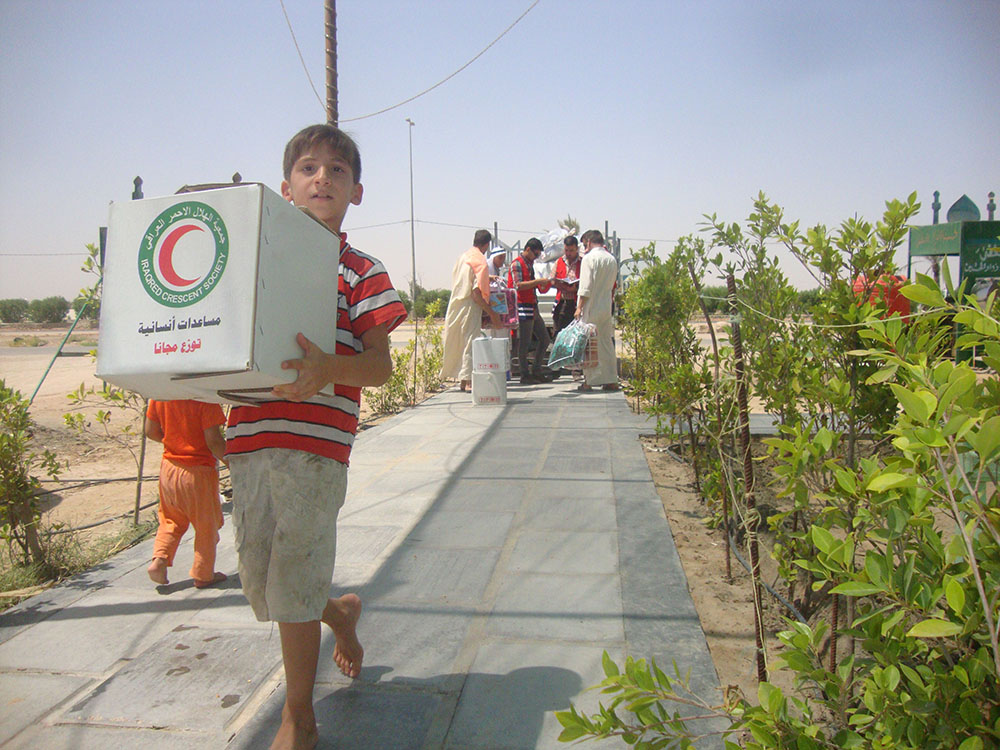 In the same regard, a team of Diwaniyah branch/Iraqi RC distributes more than 1,800 food parcel to the displaced families in the city center and the districts (more than 9100) displaced person till now in time that the number can be increased due to the continued influx of displaced people.
On other hand a team of Diwaniyah branch did some tours to present first aid to those displaced whom coming from Tala’far, Diyala, Ba’shiqa and Sinjar. Meanwhile, the other team of Basra branch distributes more than 20 parcel of food and relief to 20 displaced Christian families arrived to the province recently from Arbil. 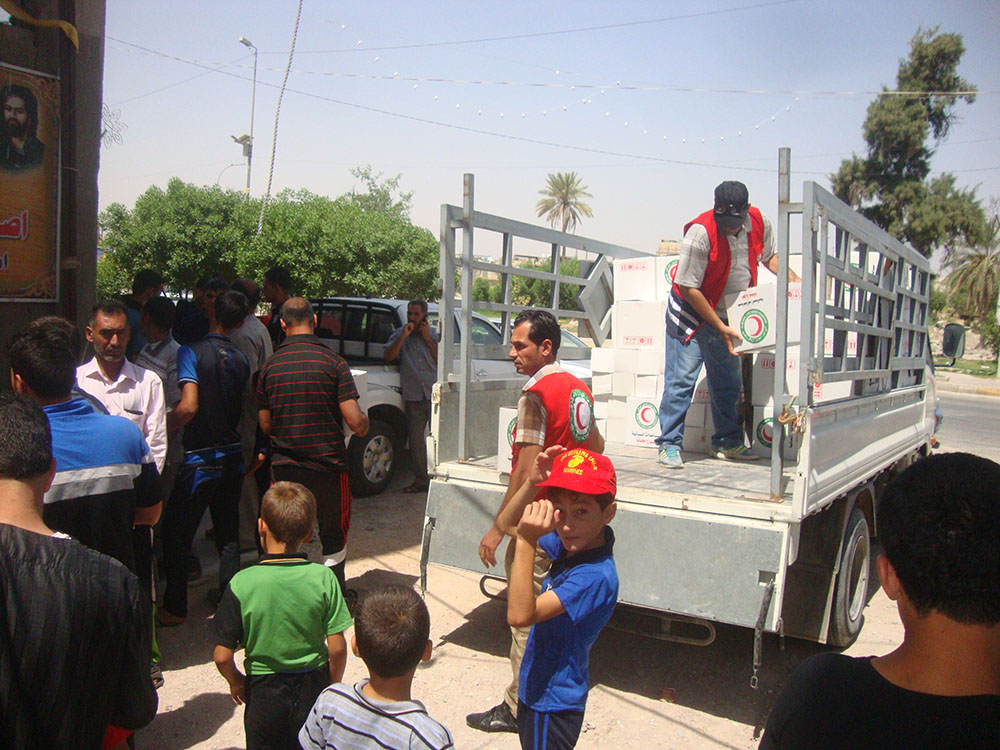 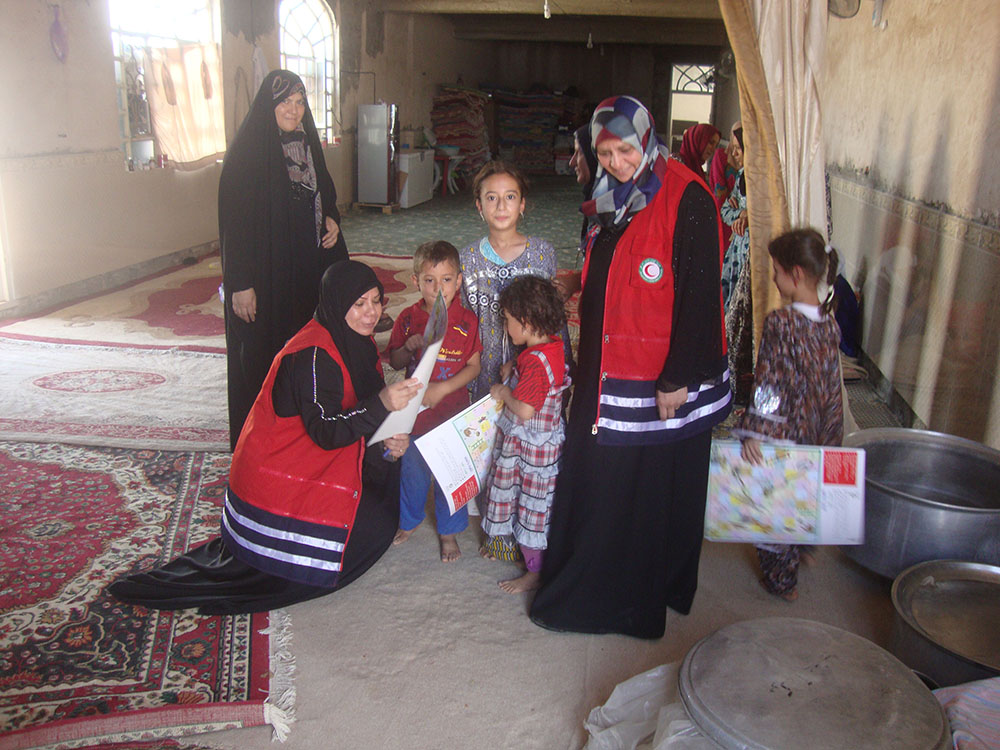