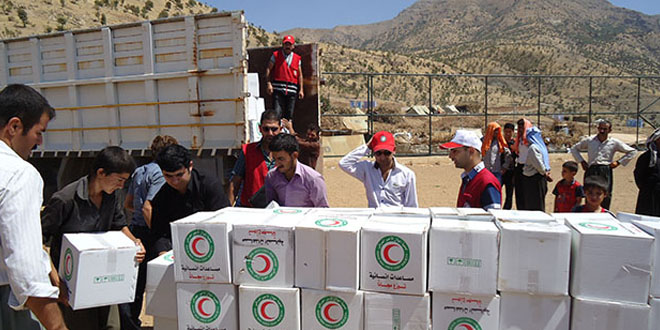 The Iraqi Red Crescent Society / Kirkuk branch, distributed food assistance to the needy families, widows and orphans in the district of Daquq at Kirkuk as the Iraqi RC distributed (250) food parcels. As a cadre from the branch organized celebration on the occasion of the International Day of First Ambulance that included a speech to describes the activities of the Iraqi RC at the programs of healthy work and first aid, there was also a theatrical performance for volunteers regarding the role of the First Aider as well as show documentary pictures illustrative First Aid and disaster. The cadre also carried out a number of educational courses, including a course for on how maintenance computer in which the number of beneficiaries was (15) volunteers, adding to another and course in the same context  held by Al-Dabas office/ Kirkuk branch, the number of beneficiaries was (10) volunteers.