The Iraqi Red Crescent Society (IRCS) / Najaf branch, has announced the implementation of a number of health and educational campaigns regarding the awareness of Communicable Diseases and non-transitional diseases, first aid and psychosocial support to displaced families and citizens in the districts and areas of the governorate.
As the IRCS’s teams organized healthy campaigns for displaced families and citizens to raise awareness of Communicable Diseases and non-transitional disease, skin disease, cholera and polio, as well as psychological and social support, and first aid workshops for displaced people on a road called (Ya Hussain) and the districts of Kufa, Mashkhabb and Manathirah.
Adding to what has mentioned above, the IRCS’s teams distributed folders and posters about awareness, while the number of beneficiaries were more than (60) person.
IRCS’s volunteers also carried out 54 training workshop in the field of first aid and psychosocial support to displaced families, and to a number of Government Departments in the mentioned governorate which included a lecture on the principles of first aid and methods of aid in the emergency situations and how to transport the injured in which the number of beneficiaries from health awareness campaigns were (1270) beneficiaries. 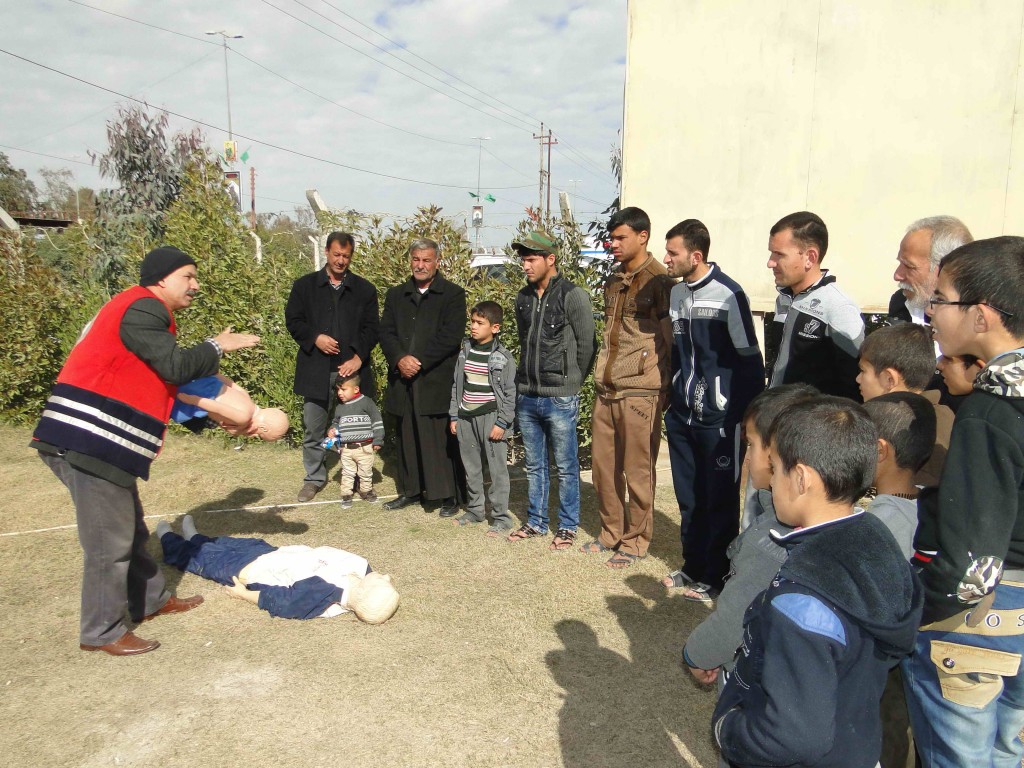