IRCS held a press conference in the presence of the General Secretary of IFRC and the Director General of the ICRC who is visiting Iraq currently to knowledge for the humanitarian situation on the field.

The president of  Iraqi Red Crescent Society held  , a joint press  on Friday in Baghdad conference with the general secretary of IFRC and the Director-General of the ICRC to shed light on the human response reality of IRCS  and the components of the international movement of those affected by the violence taking place in the country.
The president of IRCS, Dr. Yassin Almamori in his speech at the press conference that the Iraqi Red Crescent Society, and since the tenth  of June to start takeover terrorist gangs in the territory of Iraq and so far the IRCS continuing in   relief operations for displaced people in all regions of Iraq and with the intensification of displacement, particularly areas of Sinjar and Amerli and more intensified relief operations by distributing aid mediated by air drops as the number of hot meals about 79 000 meal and about more than 560 000  water Box. 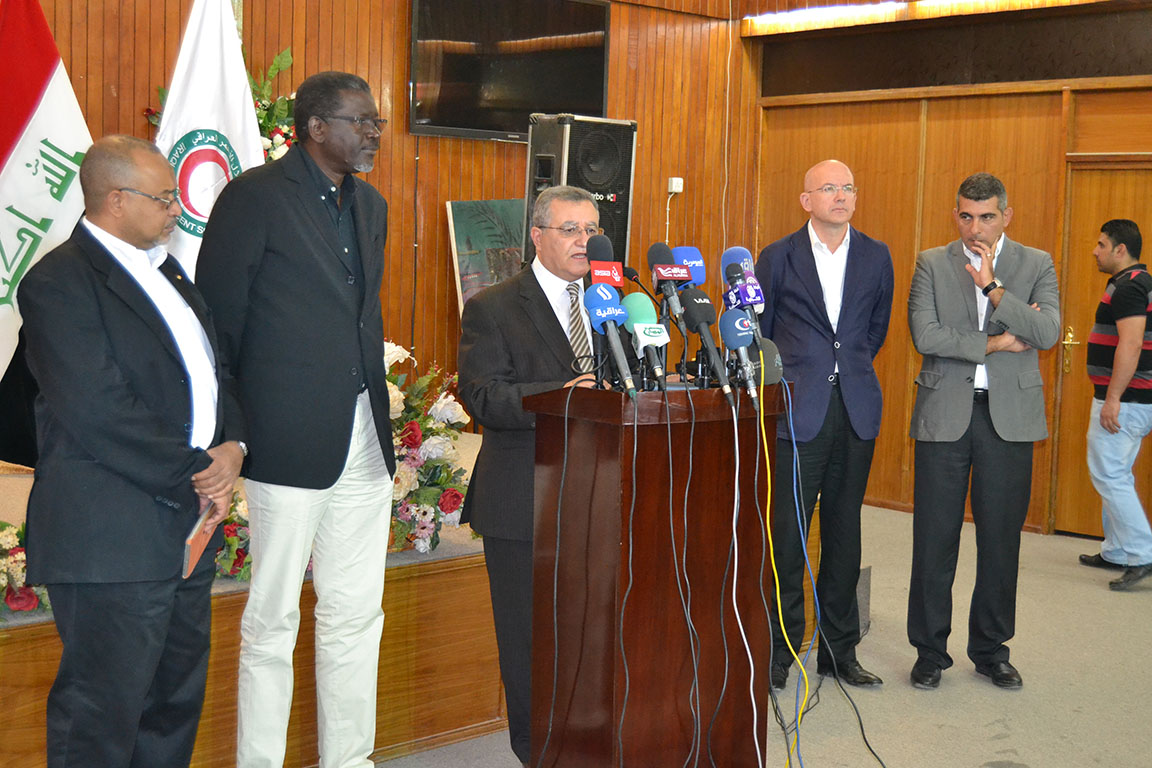 Almamori  added ” IRCS  is still presenting assistance in all of Iraqi governorates and the international support from IFRC  and ICRC.”
And  Elhadj As Sy general secretary of IFRC : ” We came to Iraq on a voluntary basis to assist Iraqis displaced and to solve this problem which faced by thousands of Iraqis, and we will work together with IRCS  to overcome all the difficulties that go to the displaced and to highlight on the suffering of displaced people in Iraq and we are all proud of the role of young people volunteering in the Iraqi Red Crescent Society. ” and he added: “Our message is clear that we are side by side with the Iraqi people  for their support in this ordeal large and complex.”
Yves Daccord Director-General ICRC Said in his speech: “The international community will redouble its efforts and use all his experience to help Iraq and support of volunteers from IRCS.”
And he asked to respect the crew of doctors and nurses who are working in Iraq through the parties to the conflict to respect the work of these humanitarian. “