Geneva / Baghdad – in its quest to enhance cooperation and coordination to ease the burden caused by the tense humanitarian situation in Iraq since the start of the current  armed conflict, the  delegation of ICRC pledged, which included the Secretary General of IFRC  Mr. Elhadj As Sy, and Director General of ICRC , Mr. Yves Daccord, and it’s the biggest movement of humanity on Earth, the intensification of the activities of the humanitarian movement and provide more assistance to more than a million and a half million Iraqis people , which  have been displaced from their homes due to the continued fighting in different  parts of the country.The president of Iraqi Red Crescent Society Dr Yasin Ahmed Abbas,  accompanied the delegation  on his visit to some of the displaced populations in Baghdad and Dohuk that “IRCS   has provided and continues to aid for thousands hundreds of displaced people in places of displacement in the 17 Iraqi governorate . The current conflict armed has led to create humanitarian situation in the majority of the governorates more than  the capacity of any humanitarian organization to response  the resulting needs from it. And he  added: “this visit comes within the framework of supporting the international movement of the efforts of the Iraqi Red Society

Crescent in relief and assist the displaced to response their humanitarian needs.” the situation of displaced people may turn to an unprecedented humanitarian disaster in the various governorates of Iraq due to the numbers of displaced people and their needs and survival outside their homes for a long time. “Since the beginning of the crisis are the three of the components of the International Movement:IRCS, ICRC, and IFRC, and a number of National Societies of the Red Cross and Red Crescent Societies around the world a great job in order to provide the displaced people needs of food, potable water,  other relief supplies and medical aid to more than a million people since last January, when fighting broke out in al-Anbar province and then spread to Mosul and other places. 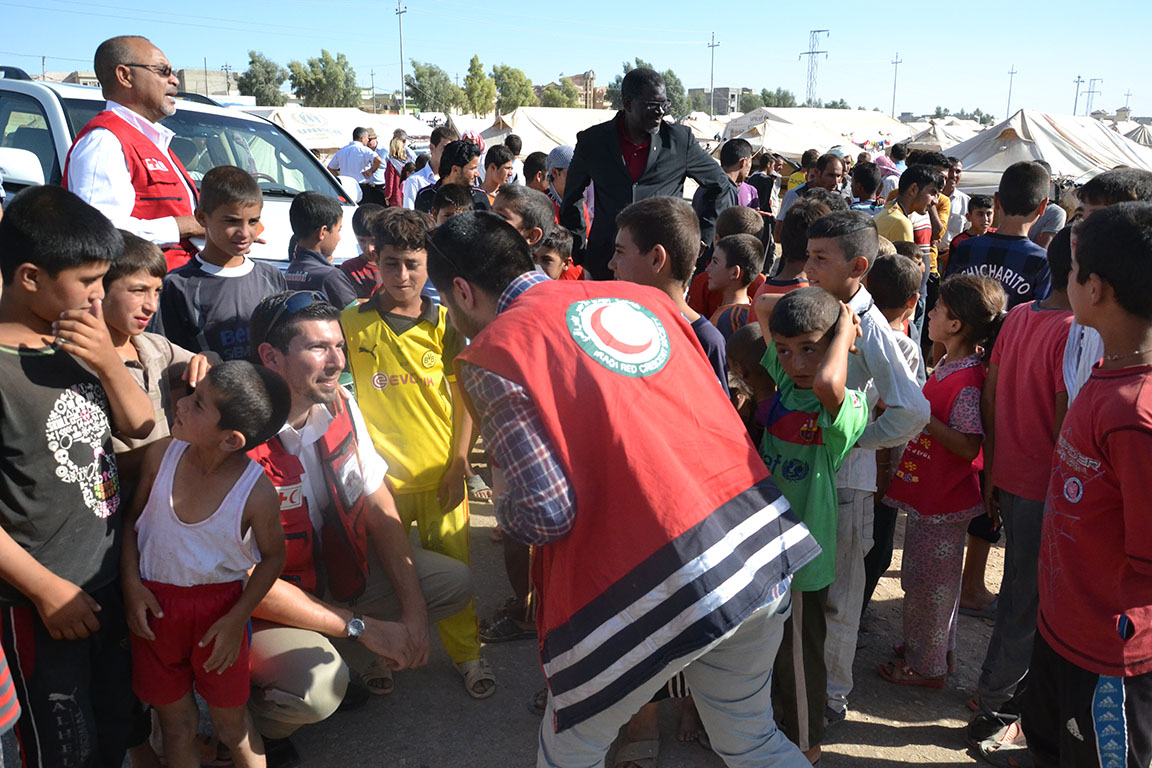 IRCS held a press conference in the presence of the General Secretary of IFRC and the Director General of the ICRC who is visiting Iraq currently to knowledge for the humanitarian situation on the field.