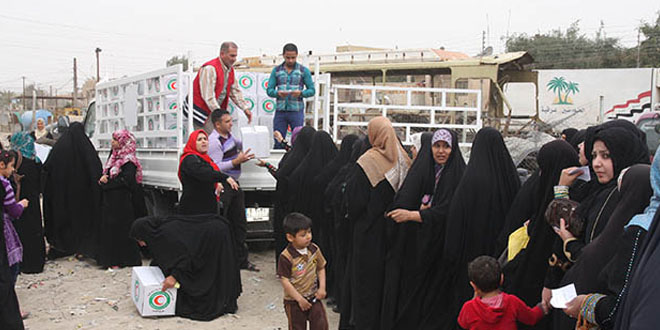 Food parcels distribution to vulnerable families based on questionnaire implemented by Babil branch in order to evaluate and register the needs of those families ( the number of food parcels reached 3300 ) and covered( Al-Hashimiya , Masiyab , and Mahaweel) districts . On the other hand , Al- Najaf branch has also distributed food assistance to vulnerable families ( the number of parcels reached 573 ). 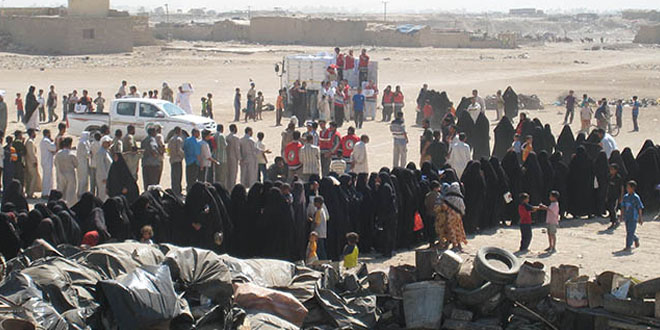 The distribution covered the registered vulnerable families in Al-Anwar Al-Najafiya foundation , Dar Al-Qura’n foundation for poor people and orphans , and public force organization for conciliation support as well as to another 2600 food parcel that will be distributed in the next few days . It must be mentioned that IRCS has distributed food parcels to vulnerable families annually in Baghdad and other IRCS branches in addition to organize collective banquets in Ramadan every year .