Iraqi Red Crescent: The number of displaced People has been increased to more than 86 thousand families since the beginning of the events so far 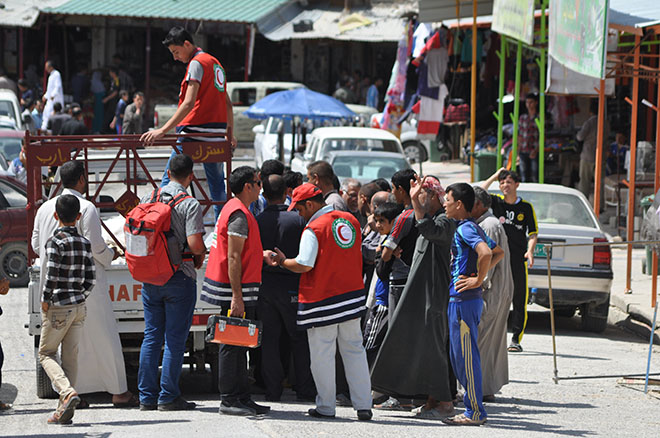 Al Khozai continued ” Thousands of families living in inhumane and extremely difficult condition of food and health needs. adding that the Iraqi Red Crescent has provided food assistance for more than 115 000 inhabitants and Ircs teams are still continuing to provide humanitarian aid,”