Iraqi Red Crescent Society : humanitarian situation in north Iraq is becoming increasingly difficult as a result of the flow of hundreds of thousands of displaced people and the growing their needs

Sinjar, hundreds of families have to refuge to Sinjar Mountain after dominated of armed group on the city

after dominated of armed group on the city of Tal Afar and a number of other cities in Nineveh , thousands of civilians have to refuge to the city of Sinjar, where the small city packed with thousands of displaced families in difficult humanitarian conditions , large number of them have headed to the provinces of middle and south Iraq via long road from Sinjar to Dohuk and from there to Sulaimaniyah and then to Wasit via border road which witnessing occasional violent operations . whereas more than 300 displaced families stay in the city until the domination of the armed group on the city , where have kidnapped more than 100 families and taken them to the Tal Afar after airport after killing all men, and have kidnapped hundreds of Alaesideat women in order to sale them (as Sabaya : captives ) in the market for the sale of women . In front of these crimes Sinjar people and some surrounding villages have to flee towards the Kurdistan region whereas number of families refuge to Sinjar Mountain , for the eighth day thousands of families live in caves of Sinjar Mountain in extremely difficult humanitarian conditions , nearly 70 children and 40 elders die due to lack of food , water , and exposed directly to sunlight . In these circumstances, IRCS seeks to deliver relief assistance in situation of lack of safe corridors for relief teams .that IRCS able to send large batches of food,
water , milk for children , and first aid which reached more than 50 tons of aid in other hands , American aircraft dropped food aid , that interference of Turkish Kurdistan worker party also leads to open safe crossing and make the besieged families disembark from the mountain and heading to the city of Zakho via a mountain road that extends to the nearly 40 kilometers and passes through the Syrian border, even up to the city of Zakho, which is witnessing a massive flow of displaced persons from various regions of conflict other families heading to the Turkish border in the hope of crossing into Turkish territory . that the IRCS volunteers receive these families and distributing hot meals ( more than 50 . 000 meals a day ) and these families still displace till now 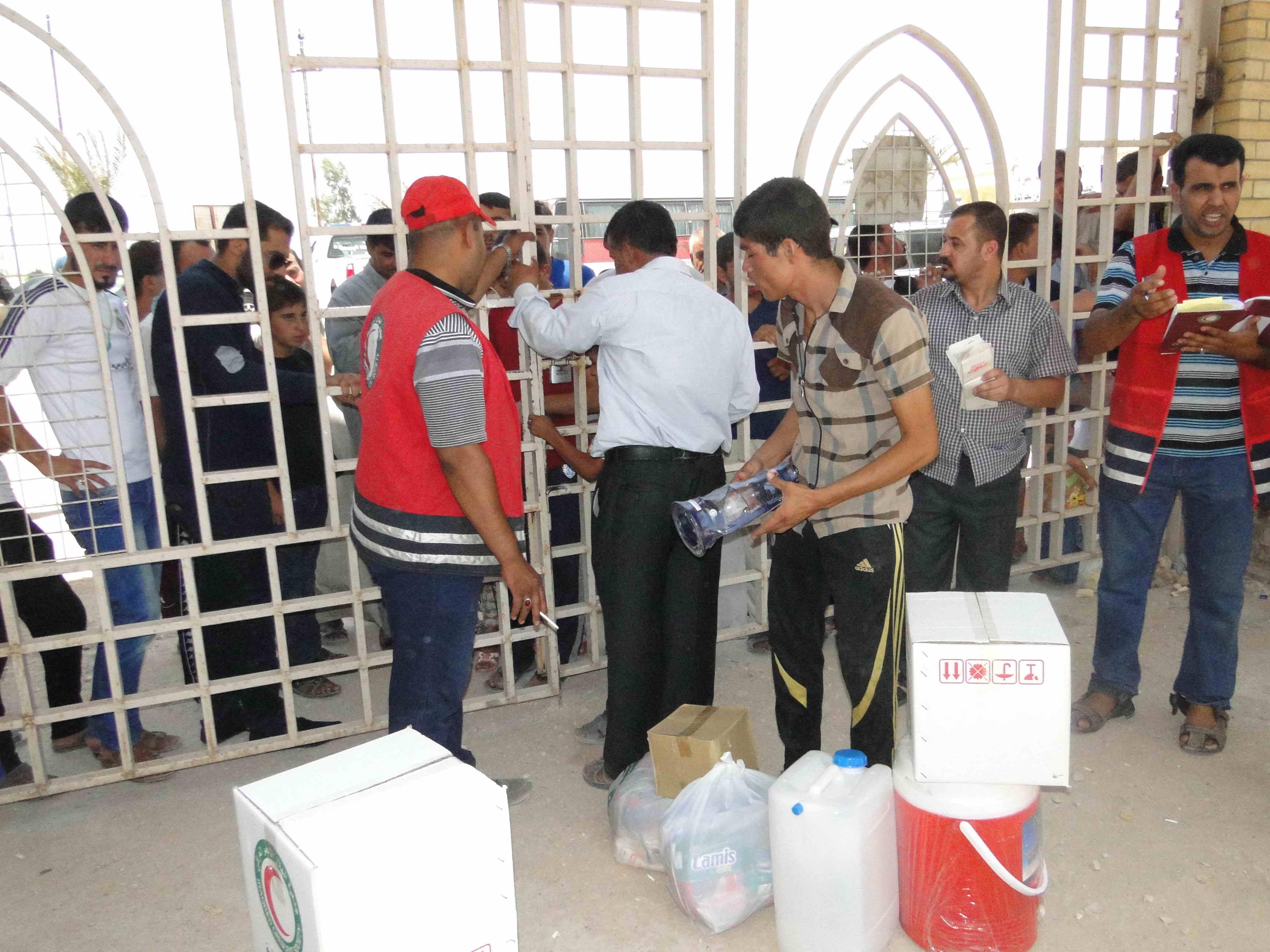 Mass displacement from areas of Hamdania , Bartalah and Tilkaif to Kurdistan region

From other hand, the domination of armed groups on cities of Bartalah and Tilkaif and Hamdania and a number of other areas adjacent to the borders of the province of Irbil lead to the displacement of thousands of families . the armed group dominated a camp of displaced people in the area of ​​Khazar 40 k / m away from the center of the city of Irbil after the departure of families from . these events led to the displacement of thousands of families of Muslims , Yazidis , and Christian towards Kurdistan region and despite the lack of clarity of Statistics , that nearly 150 thousand displaced people from these cities flee to the city of Zakho and large number of them has directed to the middle and south of Iraq. That during the past two days, the number of displaced families to the cities of Wasit, Najaf and Babil reached to the (750) thousand displaced people were housed in public places . IRCS has erected detachments to receive the displaced and distribute food, health items . a large number of them heading to the Iraqi-Turkish border where IRCS set up camp in the city of Zakho to receive and dwell the displaced families . in Sulaimaniya, more than 2500 Christian families reached to the two areas of Qaradagh and Rania most of them lived in churches . the IRCS erected tents to house them and the distributing food and relief items to them.

Since the beginning of the events in Mosul and so far the humanitarian situation witnessed deterioration , that the number of displaced families reached more than 200 000 displaced families from different areas that experiencing armed violence action , and the humanitarian situation increasingly dangerous in the lack of capabilities to house these families and provide the growing needs . IRCS seeks to meet the essential needs of the huge numbers of displaced people and provide shelter and food for them , where IRCS distributed since the events and so far nearly 50 000 food parcel and more than 850 hot meals as well as the IRCS adopted a program of psychological support to help. 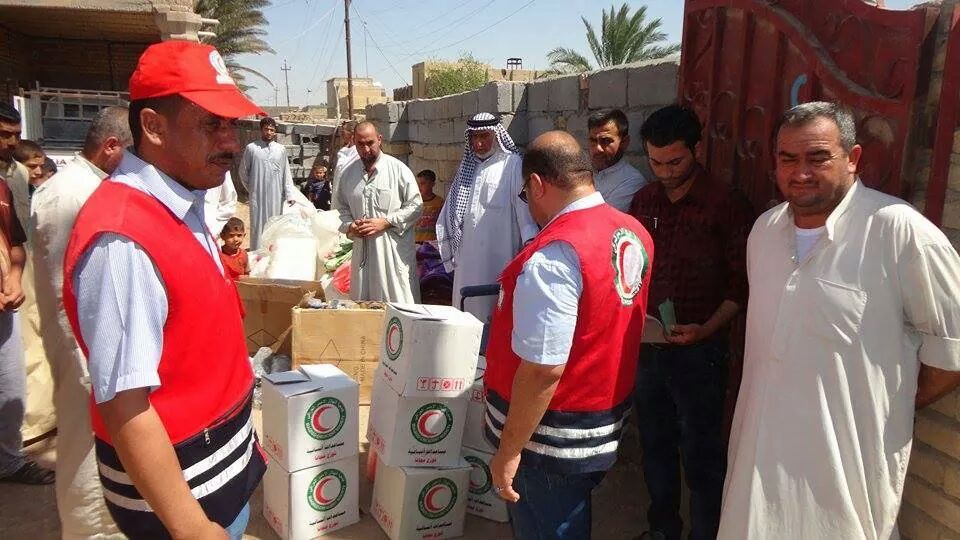