Iraqi Red Crescent Society announced displacement of more than 100 families from the provinces of Kirkuk and Nineveh province of Babylon. The Assistant Secretary General of the Iraqi Red Crescent, Mohammed Al Khozai said The Iraqi Red Crescent teams in Babylon visited those families that lived in public places, and distribut food and relief to them. He added that most of the families refused to stay in the camps and prefer to schools and public buildings. Al Khozai clarify that the displaced families in the difficult humanitarian situation indicating that the constant displacement of those provinces (Kirkuk and Nineveh) to the southern provinces, North and Central. 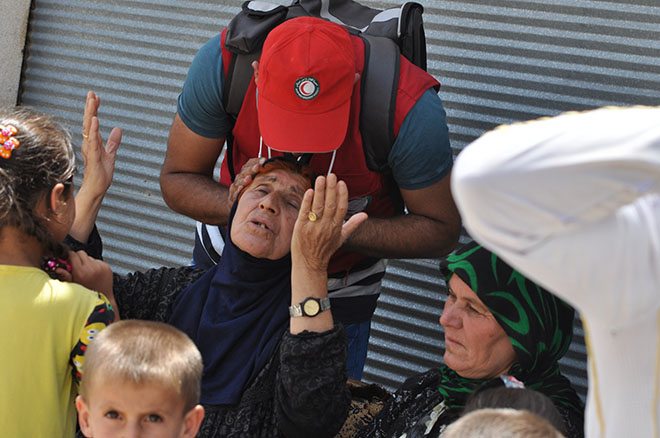