The Iraqi Red Crescent Society (IRCS) / Karbala branch announced its campaign to raise the awareness of war remnants for displaced people in the governorate, in coordination with Mine Affairs Department in the Ministry of Environment.
As IRCS teams did field campaign to aware displaced students in the city center and on the road of Karbala – Najaf, in which theoretical lectures of war remnants risk (mines and projectiles ordnance and unexploded) gave in order to educate students and their families after return to their own areas.
IRCS also distributed posters and pamphlets to identify war remnants and how to deal with it, and to contact the competent authorities if any of these remnants found, as well as distributed games for school children. 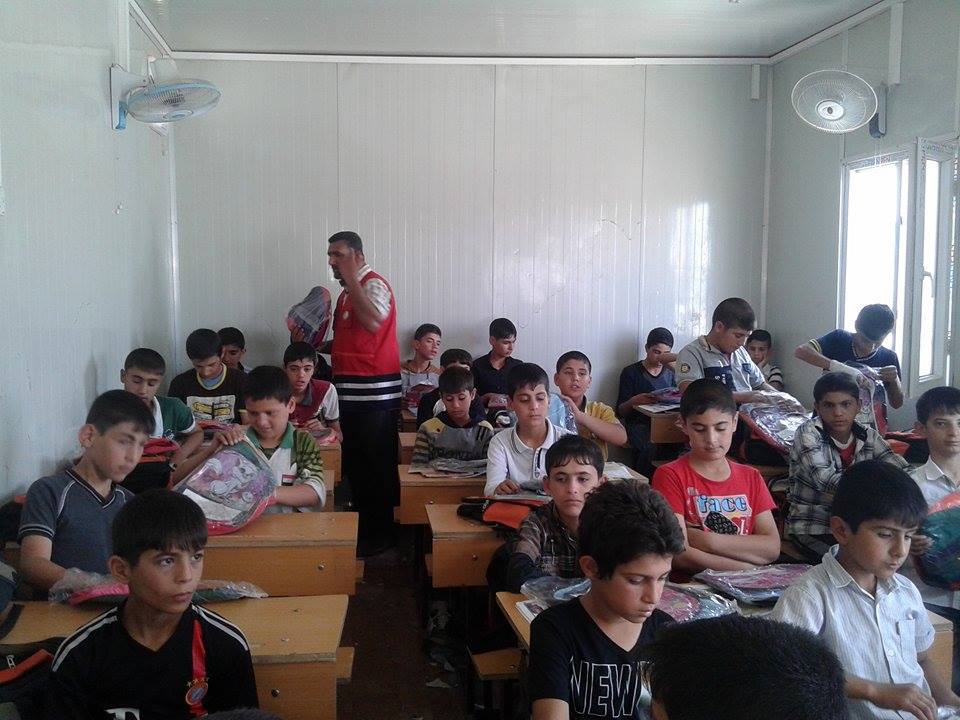 IRCS distributes wheelchairs at elderly home in the Governorate of Babylon

IRCS distributes wheelchairs at elderly home in the Governorate of Babylon