IRCS: ‫ The number of people displaced from Mosul Has been Increased to more than 81 thousand families since the beginning of the events so far 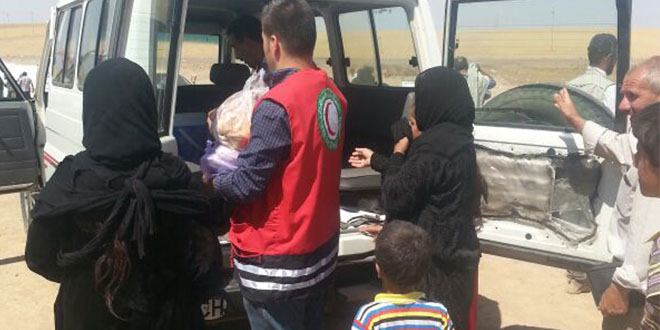 IRCS teams were also able to enterd five convoys carrying food and relief, flour and fuel (cooking gas) to a large number of families displaced . Al Khozai clarify that the staffs of the Iraqi Red Crescent is still ongoing in the provision of food aid and relief and health and is now campaigning relief and wide to help these families that live in harsh humanitarian conditions.