Iraqi Red Crescent finishes the human and material preparations to receive the displaced families from the right side of Nineveh Governorate .

The Iraqi Red Crescent Society (IRCS) has finished the human and material preparations to receive the displaced families from the right side of Mosul governorate coinciding with the start of the liberalization operations .
The IRCS has reported “ The IRCS teams have prepared a stock of food and relief materials and human resources, they also have prepared 19 rapid response teams, every team consist of 50 volunteer and employee, and these materials are sufficient for the relief of more than 250,000 people’’ .
The statement has added that the IRCS has divided the teams into three relief phases, the first one is east of Nineveh governorate, second phase is north of Mosul and the last phase is the southwest of Mosul city .
On the other hand, the IRCS has said “ More than 50 thousand displaced have returned to the liberated neighborhoods of Mosul city and its surrounding areas, after being retrieved during the last two months’’ .
The displaced families were present in the camps of the above mentioned three phases, and they have returned to their home areas in Nineveh plain villages, Al-Qawsiat and Kawkjali areas, also the neighborhoods of the east side of Mosul, adding to Qayarah district south of Mosul.
The IRCS has noted “ The IRCS teams in cooperation with its partners in the International Movement of Red Cross and Red Crescent are responsible for providing relief and food assistance to the displaced people who have returned to the east side of Mosul, where the IRCS teams have delivered daily food and relief assistance to the displaced families in the liberated neighborhoods of Mosul city to relief the citizens ’’ 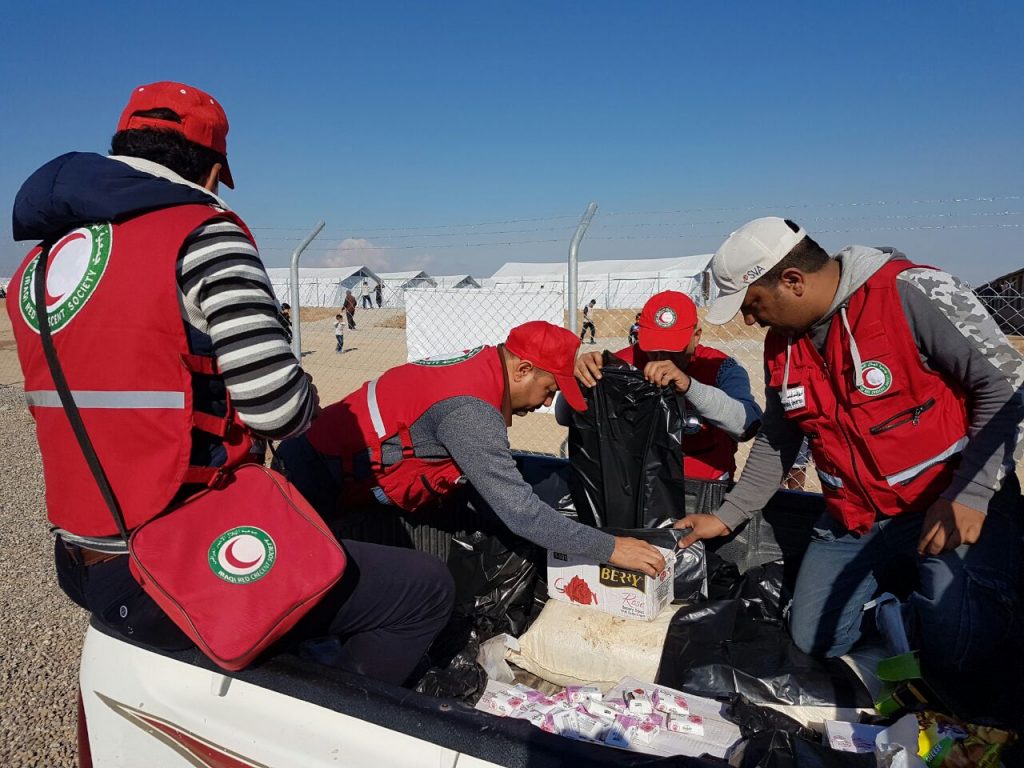 Iraqi Red Crescent and the Embassy of Japan sign a contract to provide a mobile medical unit to the displaced people in Erbil camps .

Iraqi Red Crescent and the Embassy of Japan sign a contract to provide a mobile medical unit to the displaced people in Erbil camps .