Iraqi Red Crescent distributes for more than 8,000 food parcels to the Amerli people

Iraqi Red Crescent Society has announced distributing of more than (8,000) food parcels in Amerli district by air. Assistant Secretary-General of IRCS , Mohammad Khuzai commented on that by saying :” that IRCS has distributed 8,400 food parcels to several areas in Amerli, and he added: “ that food parcels were transported by Army Aviation , where Amerli area was besieged by armed groups when food items have been transporting by air. Noting :” that IRCS is the first which sending food assistance by air after besieging the armed groups of the people for more than two months, and after the situations worsening of the residents , IRCS has responded to send their appeals and food assistance in the form of stroke by air, and it was distributed within the area of ​​Amerli. So IRCS is still an ongoing to send food and relief items to the people of Amerli, especially after the opening of the roads leading to the area. 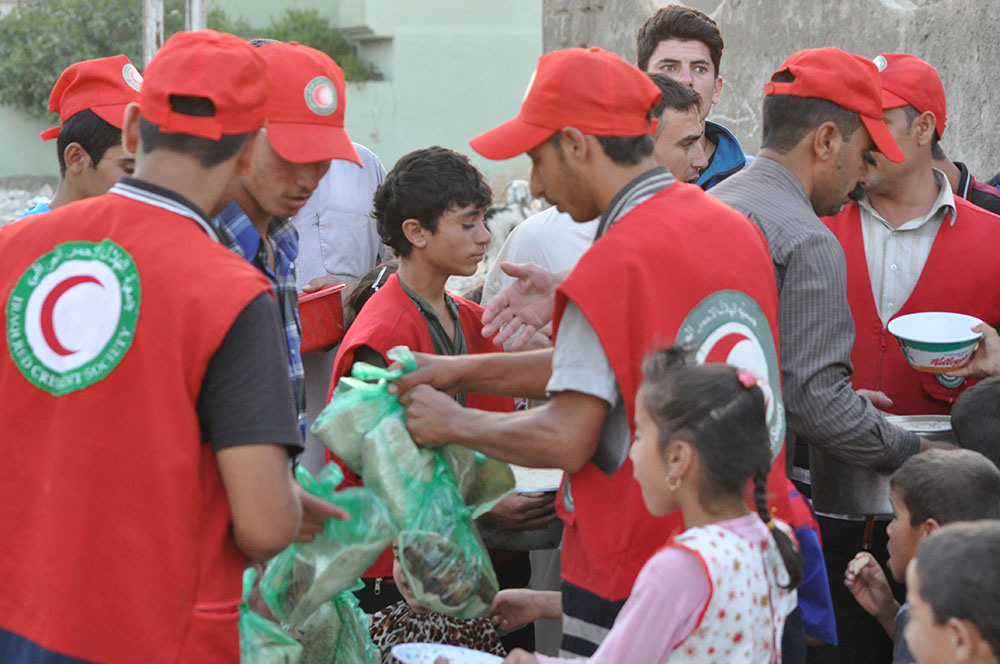