Iraqi Red Crescent Society has declared distribution of 3750 food parcel to displaced families in Anbar in collaboration with Zain Iraq. Assistant Secretary General Mohammed al-Khuza’e commented on that by saying : ‘’ that IRCS teams distributed 3750 food parcel to displaced families in deferent parts of Anbar in coordination with Zain Iraq , Adding :’’ that the distribution took place in the areas of (Thila , Al-Jumhori , Al-qtanh, Al-Shiriqa , Al-Mala’b , Al-Jama’iya , Azizia, Shuhada neighborhood) and a number of areas of Heat and Haditha districts . clarifying : ‘’ that some areas of Anbar, still suffering from constant displaced from one area to another area searching for safe shelters. It must be mentioned that there are a number of families returned to their residential areas after security restoration there such as Al-Mala’b , Hayakal and number of district and sub district . 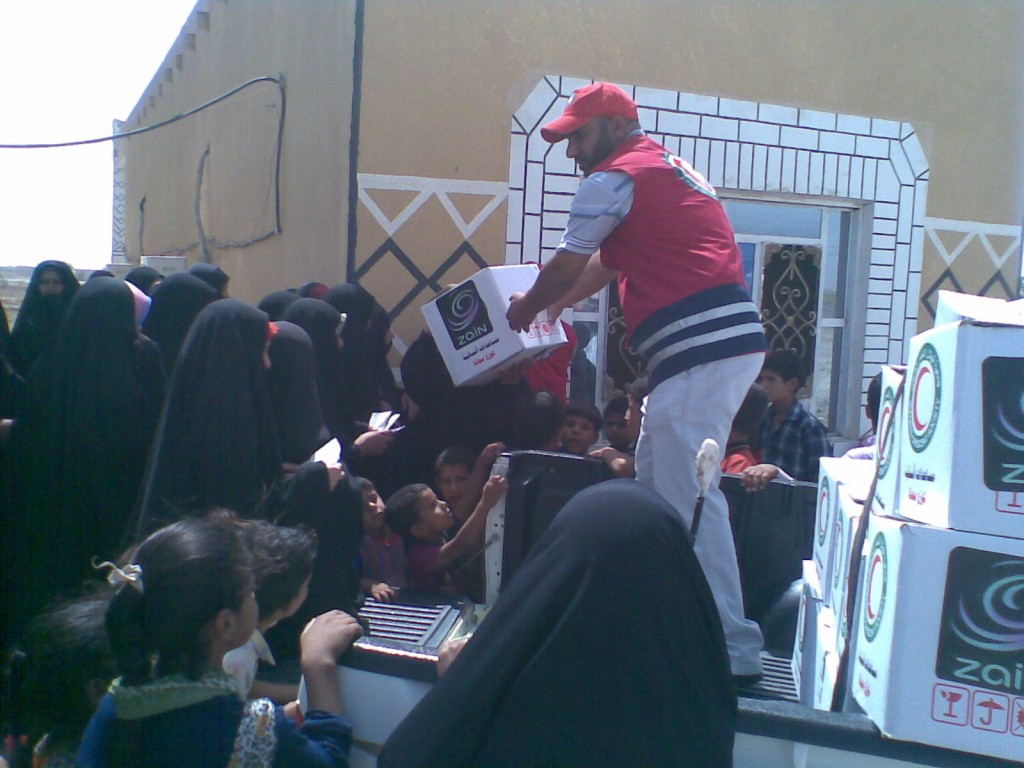 IRCS: An armed group detained more than 100 family in Tala’fer airport after being taken from Sinjar, killing all the men , and dragged a number of Alaesideat women as Captive