After the earthquakes which lunched Khanaqin every 12 hour Iraqi Red Crescent install (150 ) tent equipped with relief materials in case of any emergency. 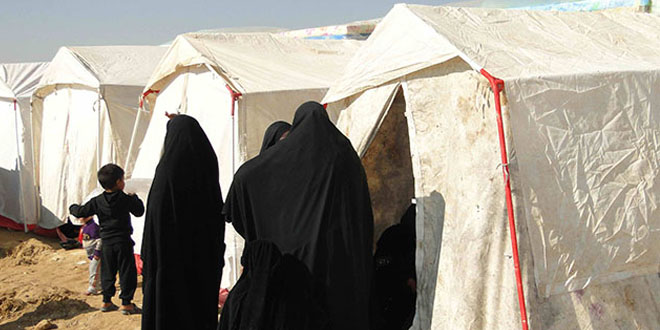 After the earthquakes that lunched Khanaqin every 12 –hour, Emergency teams from the Iraqi Red Crescent install (150) tents equipped with some relief materials in case of any emergency that may happen in the city. As many people forced to leave their homes because of the tremors , fearing the fall of their homes , which led for the intervention of emergency teams from IRCS to install the camps which equipped with food and relief as well as deploy many teams of first aid and some relief teams in the areas that expected to get damaged as a precaution, noting that the earlier tremors did not cause any material or human damage, but is just a simple ground bounces . The emergency teams of the Iraqi Red Crescent present the assistance 150 families in three villages in the district Mansuriyya Diyala after the siege of rain water where the IRCS teams installed camps for families and the distribution of food and some relief for those families

Iraqi Red Crescent : 25,000 food and non-food relief and many of the humanitarian aid, provided to more than 8,000 families that affected by floods in Iraq

Iraqi Red Crescent : 25,000 food and non-food relief and many of the humanitarian aid, provided to more than 8,000 families that affected by floods in Iraq